Some point within the past year, I woke up and felt a nudge to check out the so-called ‘darknet’ and the websites that can be found there. I wanted to know what it is, and what it is not, for there are myths aplenty scattered across the ‘surface web’ about it, and almost all of it bad. What actually exists within the darknet? Danger, violence, drugs, really, really bad pornography, super-illegal stuff for sale, I thought. And that’s not entirely untrue, but I’ll get to that in a minute. Also, what do you call the darknet? Deep web? Darknet? Onionland? Tor-something-or-other? This, well, whatever this is, is a whole new online world to me and something sounds dimly lit, underground, and almost sinister, yeah? Well, it turns out that it is and it isn’t. Underground and sinister, I mean. 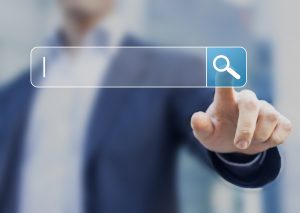 For starters, let’s take a moment and look at the part of the internet we already know which is called the public web or surface web. It’s all the stuff you can find by searching via Google, DuckDuckGo and such. Next, there’s the deep web. That’s the part of the internet you can’t reach by those search engines. If you have a login to a website (like a workplace portal, school web, or such) that you can’t reach by search engines, well, that’s the deep web, my friends. This public side of the internet is often touted as weak in terms of anonymity, security and privacy. But that’s another topic for my internet security guru friends to tackle, not me.

We’ve now covered surface web and deep web. What about this mystery space called darknet and dark web? The darknet is simply an umbrella that covers the part of internet that is purposely private in nature. Under that umbrella you will find websites that live there in what is called the dark web. Get it?

Wikipedia (still one of my favorite go-to explainers) says this about the dark web:

In short, it states that the dark web exists outside the radar of search engines and requires you to access it differently than you would the surface web. You just can’t get to the dark web through Google Chrome, okay? You also shouldn’t go visiting any dot coms around these parts. That there’s called clearnet and can threaten your anonymity. What you will find in the dark web are websites with the dot-onion domain extension (onion sites). And the domain names will look totally foreign to you as well like rbktdifn2ifdpg47.onion. But I’m getting ahead of myself.

So, how do you access those onion sites on the dark web? The easiest way is to download a secured and modified version of Firefox called the TOR Browser which is located here. TOR is short for ‘The Onion Router’ in case you were curious. The folks that run the project have done all the hard work and configuration to get you up and running on the dark web in just the time it takes to download the software and launch it. But once you get there, you probably won’t have far to go because, as stated before, there are .onion sites to visit and you’ll only have some mildly helpful links on the TOR browser landing page and not much else. But anyone with a little craftiness can locate valuable and/or interesting .onion sites.

This brings us to an interesting question. Why would anyone want to use TOR and visit onionland, I mean the dark web? According to the TOR Project website,

Now that you’ve made it, What will you find? It depends on what you are looking for. The truly odd thing is that the dark web is largely silent. It’s like floating through digital space where you’ll encounter quite peculiar objects from time to time. Occasionally, some enterprising coder will find a way to index some of the dark web. You can use these often fleeting search engines, or more often, link lists, to find your own flavor of oddities. You can bookmark the sites you like, but don’t expect them to hang around. Sites pop in and out of quantum existence.

How I see it, the dark web is similar to the early ‘wild west’ days of the original internet. It’s untamed territory and you probably won’t ever know who any of the cloaked cowpokes are. But I consider that part of the allure.

If you do decide to venture into this vacuum of unknowns, I provided you some onion links that may kickstart your journey. Do remember that there are many onion sites dedicated to shady and illegal dealings. Just use good sense just like you would on the surface web.

The following links may or may not exist in the future. YMMV.